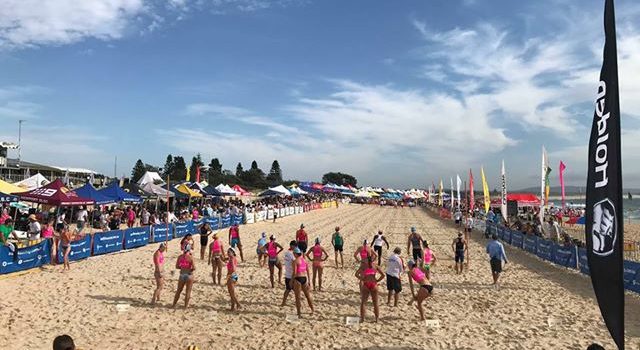 The elite level of the sport was on display as the states premier surf sports events were run under blue skies, high temperatures and small surf conditions at the NSW Surf Life Saving Open Championships.

The best performing Central Coast club was Umina in 6th spot, in no small way due to a big contribution of Jemma Smith. In her first official season racing as an Open Competitor, Smith was back to her best again putting in one of the most dominant performances of the overall carnival.

She won the prestigious Open Ironwoman title and also won gold in the Open Female Champion, Open Ski and she and her team took out the Open Rescue Tube Rescue event and Taplin Relay which is the blue ribbon female team event of the carnival.

Bailey Johns who made the move from Avoca Beach during the year won the U19 Board Race and was second in the U19 Ironman. While Nicole Majsak of neighbouring club Ocean Beach won the U17 female Beach Flags.

Natalia Drobot of Avoca Beach proved she is a rising star backing up her win in the U14 Board Race at the State Nipper Championships the week prior by racing up an age group to also win the U15 Board race at the Open Championships.

Two other standout performers included James Koch of Shelly Beach SLSC and Rachel Wood of Umina who both came third in the Open male and female surf races as well as putting in some big performances in team events that resulted in several other medals for their clubs. Koch also came second in the Open male Belt race and fired his team to a victory in the Open Male Rescue Tube Rescue event.

The Central Coast also had some incredible performances in the Surf Life Saving NSW State Masters Championships with Trent Martin of MacMasters and Terrigal’s Paul Lemmon and Hayden Smith the standout male performers from the Central Coast. The Coast’s best performing female competitors were Colleen Harrison and Kim Findlay of North Avoca along with Lauren Goldie of The Lakes. 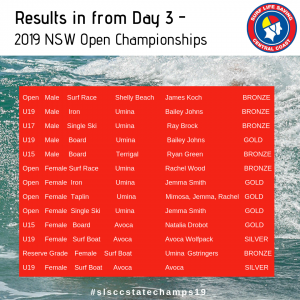