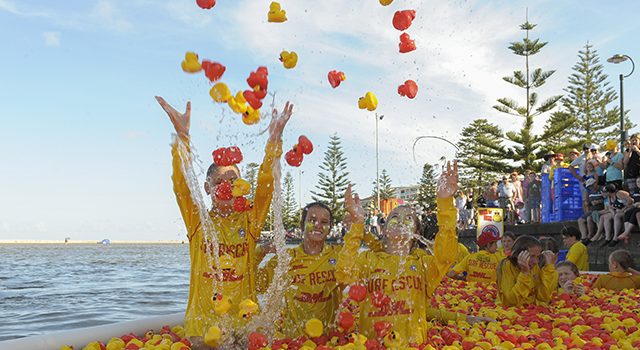 Surf Life Saving Central Coast (SLSCC) is responsible for the overall management, promotion and growth of Surf Lifesaving on the Central Coast. With fifteen (15) clubs, eight thousand two hundred and forty eight (8,248) members and seventy seven (77) years of tradition and achievements. SLSCC enjoys its position as one of Australia’s most successful, dynamic and celebrated Branches. Recognised as the SLSNSW ‘Branch of the Year’ for six of the past ten years!

To keep Central Coast beaches safe, Surf Lifesavers patrol beaches from September to April each year, spending ninety seven (97,000) volunteer hours patrolling the fifteen (15) accessible beaches from The Lakes in the North to Umina in the South. This year, our members performed one thousand six hundred and twenty nine (1,629) rescues with twenty two thousand, four hundred and sixteen (22,416) preventative actions. Since 1938, SLSCC has rescued over fifty thousand (50,000) lives.

It is thanks to the timeless efforts and dedication of the army of red and yellow volunteers that Central Coast beaches are amongst the safest in the world.

Our Mission:
To save lives, create great Australians and build better communities on the Central Coast.